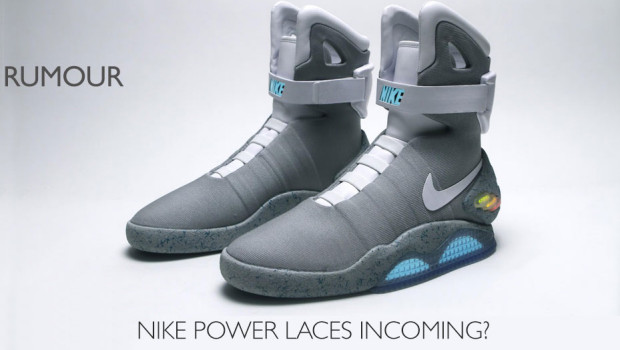 Back to the Future power laces are coming… but no hover boards yet.

Nike designer Tinker Hatfield has got the world excited during a recent press conference in New Orleans after tackling a question from Sole Collector about Power Laces. Hatfield, who is famous for his contributions to the Air Jordan range, stated “Are we gonna see power laces in 2015? To that I say yes”.

When the second part of the Back to the Future trilogy hit cinemas in 1989, Marty McFly travelled to the far-off future of 2015, where Holographic Sharks, Hover Boards, flying cars, self-drying coats and power laces were the norm. In 2011, Nike designed Air Mags based on Marty’s 2015 trainers from Back to the Future 2, but without the power laces. They produced around 1500 pairs and auctioned them off for charity, with some big name celebrities bagging some pairs. They raised £3.5million and all the money was donated to the Michael J Fox Foundation for Parkinson’s Research