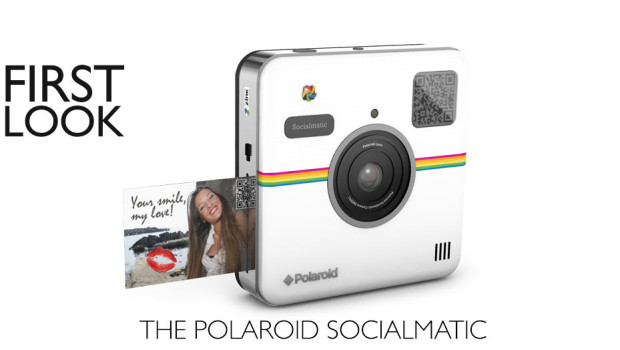 Originally shown off as a concept product nearly 2 years ago, Polaroid have now lifted the wrapping off the finished version of its Polaroid Socialmatic camera/printer. Its a novel idea, basically trying to reinvent their decades old Polaroid Instant camera for the digital sharing age.

The Socialmatic camera houses a 14MP sensor at the front, with a 2mp rear camera for selfie’s, it has a 4.5 inch LCD touch screen with Android powering the software side. What’s different about the Socialmatic is the in-built printer nestled in the side, producing 2×3 inch prints at the touch of a button.

To print the photos, it uses Zink Zero Ink technology. The way this works is the camera uses heat to activate the unique colour-forming molecules embedded in the layers of ZINK Paper. Colour then emerges on the paper creating a full-colour print, which is smudge-proof, water-resistant and tear resistant. No ink cartridges needed! 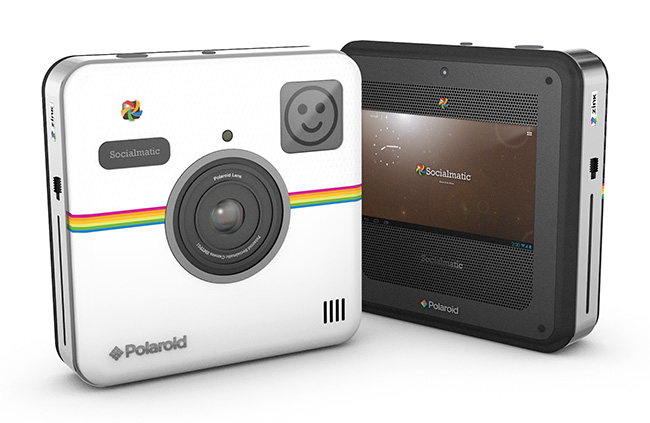 Each print also has a QR code in the top right hand corner, allowing friends with Socialmatic’s to scan it and retrieve a digital version from Polaroid’s servers. This seems like a nice little bit of social sharing, but a QR code looks a hugely out of place on a 2×3-inch photo.

The Socialmatic is also equipped with WiFi, so you can use the built-in app to share to Facebook, Twitter, Pinterest etc. It has 4GB of onboard storage plus a MicroSD slot for further expansion. 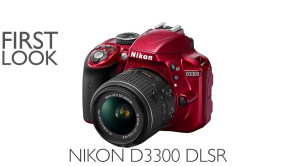