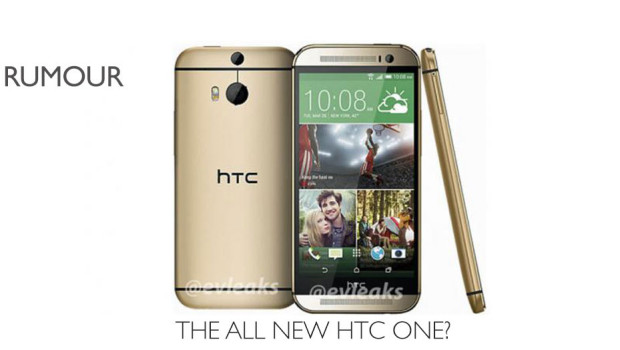 The HTC One won many people over when it first launched almost a year ago, with many tech sites naming it their Android phone of the year, but it still couldn’t change the big boys in sales numbers. All that might change with the much anticipated follow-up – The All New HTC One.

Rumoured to be launching on 25th March 2014, HTC have been tight-lipped regarding their newest flagship handset. Codenamed the M8, a screenshot of ‘The All New HTC One’ (this is hotly tipped to be the official name) has recently been leaked online via the reliable source @evleaks.

On the surface, it doesn’t look too much difference from the HTC One, it has slightly more rounded corners than its predecessor with an ultra thin bezel, on-screen controls appear to have replaced the hardware keys found on the first model, with the biggest change being the dual rear cameras, with a twin LED flash. This could provide the ability to refocus your shots after you’ve taken them.

As the HTC One still looks stunning nearly a year on, they don’t really need to reinvent the design, with a few subtle changes being enough. 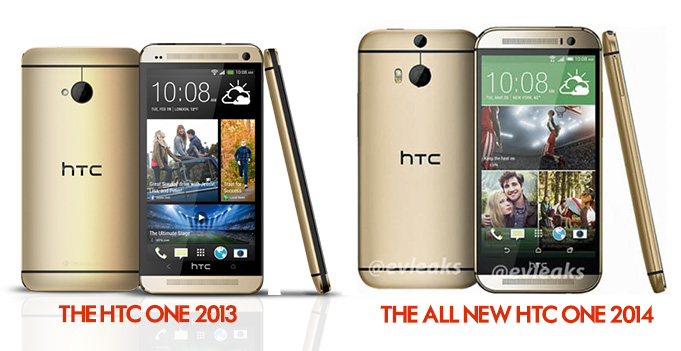 What will the Specs be?

It’s also strongly suggested that it will have microSD support, the new HTC Sense 6 UI and will be available in either a gold, grey or silver finish. The original 4MP camera will probably see an upgrade, to what MP will depend on whether HTC are sticking with its UltraPixel setup, which uses smaller pixels than its rivals to produces much better shots in low light conditions.

Overall, its got a rumoured release date for the 25th March but whether HTC have done enough to fight off competition from the Samsung Galaxy S5 and its pals, we will have to wait and see.

Check back over the coming weeks and we will keep you updated on the All New HTC One.Google+

Tags: HTC, HTC One, Smartphones, The All New HTC One