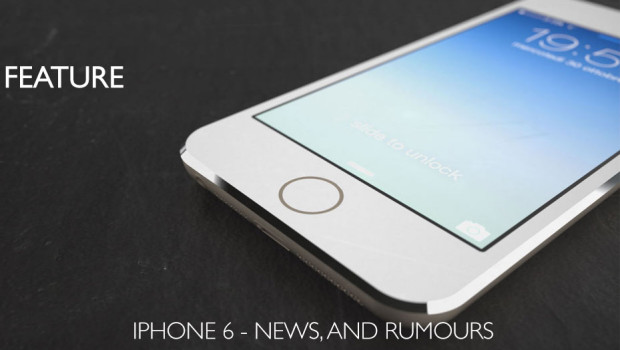 With the Samsung Galaxy S5 now revealed, the pressure is on Apple to come up with the goods with the iPhone 6. With rumours and speculation rife, we sort through the myriad of theories and conjecture and see what stands out as possible truth.

With the iPhone sporting the same design since the June 2010 release of the iPhone 4, could Apple be gearing up for a whole new look? Using the iPad Air as our guide, there is a strong chance of a more curved look to the edges,  artist Frederico Ciccarese has produced some renders of his take on what the iPhone 6 may look like in the stunning images below. Other rumours point to an edge to edge display, removing the side bezels completely.

With all major smartphone manufacturers flagship phones coming with 5” or larger displays, Apple’s iPhone 5s is starting to look like the runt of the litter at just 4 inches.
Apple have been reported as having produced various prototypes in different sizes before they locked it down to their chosen form. Bloomberg has stated that it believes the iPhone 6 may be available with either a 4.7” or a 5.5” display. Respected Chinese analyst Sun Changxu has also said that two different versions may be on the cards, although Changxu thinks the larger version may be 5.7”.

In terms of screen resolution, reports have surfaced that the iPhone 6 will feature a Full HD screen at 1920 x 1080 pixels but this would skew Apple’s current screen ratio, meaning that previous apps would have to be optimised for the new size. Apple will be more inclined to stick with its current screen ratio but possibly increase it from the iPhone 5s display of 1136 x 640 to 2272 x 1280, which would result in a pixel density of 554 ppi (pixels per inch) on a 4.7” screen to 474 ppi on a 5.5”.
Another analyst, Cowen Group’s Timothy Arcuri, has gone on the record as saying that after watching the supply chain companies who are gearing up to supply for the next iPhone, he’s concluded that its “locked down” with a 4.8” screen. 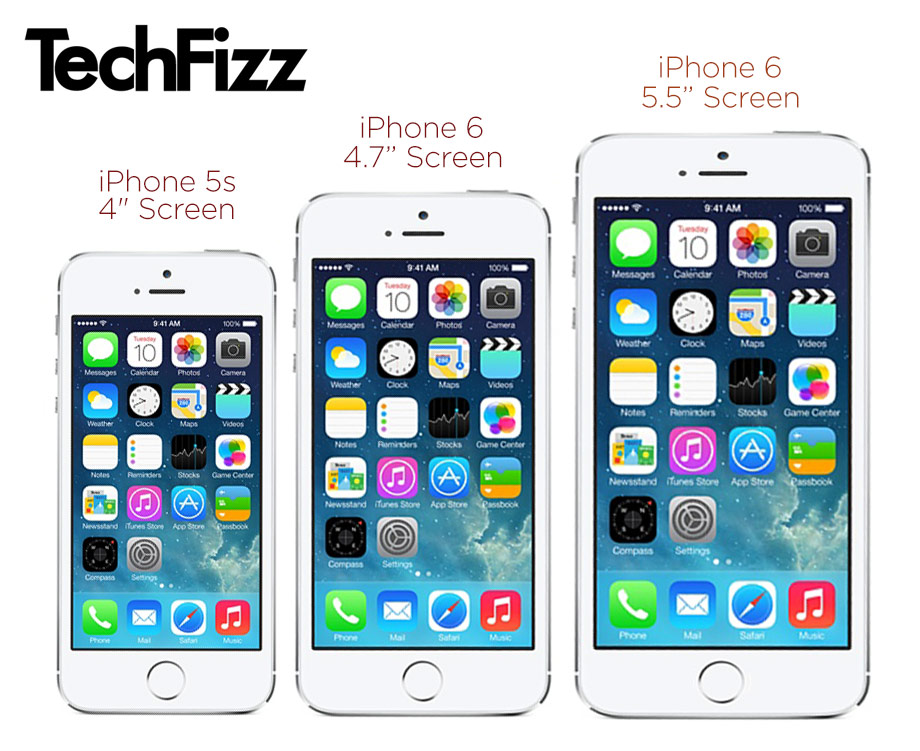 Other rumors state that Apple have been testing a pressure sensitive display, but this seems unlikely for his model.

But what’s so special about sapphire glass? Well, anything short of a diamond can’t scratch it making it perfect for the very droppable smartphone.

One area where Apple are more obsessed than most is in making its products thinner, with all its recent products looking like they have been on a weight watchers diet. ETNews have reported that the iPhone 6 may end up being 1.6mm thinner than the 5s, which sounds likely, especially if the overall handset size is increased due to a larger screen.

The thinner profile will also throw weight behind a possible new name. yes folks, it may not be the iPhone 6 but the iPhone Air. As the iPad received its Air moniker last year, this looks like a very good bet.

With a bigger handset, Apple will have more room in increase the size of the lens in the iPhone 6. As any DSLR owner will tell you, a bigger aperture lens is more important than a huge megapixel count, my own 12MP Nikon will always produce better quality shots than a 20MP smartphone due to the bigger lens and lower aperture. Rumours are flying that the iPhone 6 will come with a f/1.8 aperture lens, an increase against the iPhone 5s’ f/2.2 lens. With a smaller f-stop number shots taken in low-light are better quality with less noise as the lens allows more light to hit the sensor. 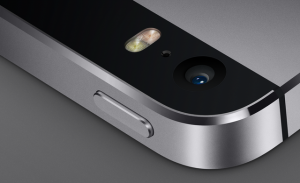 Chinese site IT168 believes that it maybe upped to 10MP, but with an improved lens, Apple may decide to leave it at 8MP and look to improve other areas of the camera app. One improvement that’s been reported by Nomura Security from China is the possible addition of optical image stabilization (OIS). This technique helps reduce the blur found when taking shots of subjects in motion and works to eliminate the problem of camera shake, which becomes particularly problematic at slow shutter speeds.

Japanese manufacturer JSR are reportedly supplying a new resin lens filter, which is thinner than normal IR filters found on phones, producing a clearer image with a better colour gamut

One area where mobile photography has been heading recently is post-shooting re-focusing. You may have already heard of the Lytro Light Field Camera that lets use refocus your shots after you’ve taken it. Check out the example below that allows to you refocus on the different children.

One drawback of the Lytro system is that shots are fairly low-resolution, with increasing the resolution more difficult at present. A patent filed by Apple reveals that they are looking into the tech with their own version, with the patent offering up a low-resolution refocusing mode and a high-resolution standard focusing mode. This could be a choice you’ll be able to make in the camera app, like the video or slow-mo mode at present.

The iPhone 5s already features the excellent 64-bit A7 processer that’s blown away all competition in benchmark tests and performs tasks extremely smoothly, but Apple have always looked to upgrade the processor of their next generation iPhone. With the introduction of the world’s first 64-bit system-on-a-chip (soC) last year, we will probably see either a small upgrade to an A7x or possibly it will be left unchanged. The RAM has remained untouched for a while at 1GB, which is starting to look slightly two years ago, so an increase to 2GB is likely. 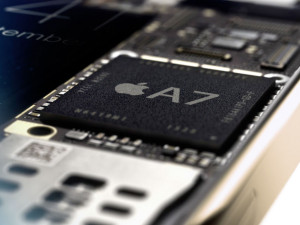 The highest internal storage currently offered in the iPhone line is 64GB and although they have released a 128GB iPad, this may not make its way down to the iPhone 6, mainly due to the increased cost and Apple’s habit of overcharging for additional storage over its product range.

Solar charging technology has also been talked about with Seeking Alpha’s Matt Margolis citing job postings and supply chain evidence that Apple maybe looking at implementing it to help reduce the weight of the battery and extend life between charges. This looks like an outside bet though.

On the subject of the battery, with a bigger screen comes increased power consumption, so Apple will have to expand the battery size, especially as the iPhone 5s biggest weakness is its current woeful battery-life. 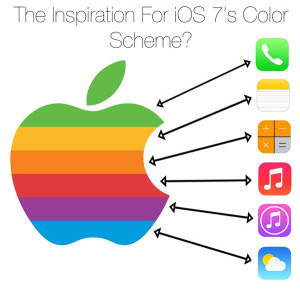 With a new iPhone may come the new iOS 8. Last year’s introduction of iOS 7 with its major design changes, Apple won’t be rushing to redesign it again so soon. Apple has been tight lipped over any software tweaks, but some tweaking is likely. The Touch ID software is our top bet for new additions, with the Samsung Galaxy S5 now encompassing similar tech and going further with PayPal payments now possible with just a swipe of your finger. Apple may also be looking to finally introduce a mobile payment system with Apple CEO Tim Cook dropping hints that mobile payments may be heading to the iPhone 6. Mobile contactless payments usually use NFC (Near Field Communications) with plenty of shops now offering NFC readers for payments of up to £20, but Apple have doggedly refused to introduce the tech. Could they have been waiting for retailers to be ready? Or will they introduce their own system instead.
iBeacon could be the answer, it’s an indoor positioning system that uses Bluetooth Low Energy (BLE) to let low-cost transmitters know they are nearby. Apple already let customers in their own stores pay for goods with their phone without having to go to a till-draw, using your saved credit card details they have on record through iTunes and the App Store. This could be rolled out to other retailers in the same way with Touch ID providing authentication.

This is one that everyone’s interested in with many different rumours pointing to different dates. If they follow the current pattern, it will may be announced around September, with analysts like Timothy Arcuri backing up this claim citing supply chain sources as unready until then. But other sources are hedging for an earlier release, possibly as early as May or June due to the major redesign of the look and also due to Apple wanting to move to shorter life cycles for its products, like the industry as a whole looks to be doing. One analyst who has a great track record of predicting launches is Eldar Murtazin who’s been quite vocal of a June launch. This is given weight by the fact that smartphone sales have been slowing recently, with demand after around 6-9 months of a new products launch dropping right off, so getting a new product out sooner would make sense from a sales perspective. With Apple already increasing their phone product line with the launch of the iPhone 5c, if they did release two different sized versions of the iPhone 6 they would then have more room to manoeuvre with future products, as lets face it, the Apple Keynote’s have become a little dull. 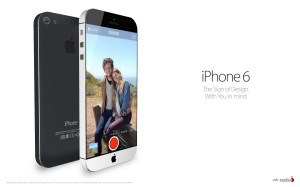 Although Apple have always tried to keep new products at the same price as before, if they end up releasing two different sized products the larger may end up with a higher price tag than existing models. This makes sense, as otherwise they would have to discount one down (like the poor job they attempted with the iPhone 5c). Apple don’t like to discount as premium products require premium pricing, so it may cost you more for a potential 5.5” model, how much? Our guess would be around $100 against the smaller version.

We’ll update this article as soon we hear any new info about the iPhone 6.Google+

2 Responses to What Can we Expect From the iPhone 6